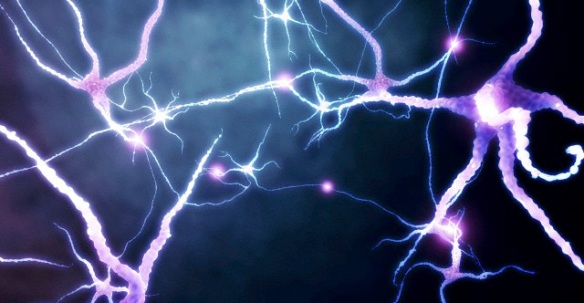 Scientists have proved that the brain changes while learning.

This process is called Neuroplasticity (from neural – pertaining to the nerves and/or brain and plastic – moldable or changeable in structure), also known as brain plasticity, and it refers to changes in neural pathways and synapses which are due to changes in behavior, environment and neural processes, as well as changes resulting from bodily injury.

Neuroplasticity has replaced the formerly-held position that the brain is a physiologically static organ, and explores how – and in which ways – the brain changes throughout life.

The Feldenkrais Method® is based on this idea, the idea of being able to change the way of thinking, of moving and of behaving by introducing in your neuro-system new efficient ways to use your body in a more functional way.

The Feldenkrais Method® is easy: the lessons use basic everyday words, the touch is gentle and communicative, you are encouraged to cherish comfort and to reduce effort. The old idea of «No pain no gain» makes chaos in the nervous system and effort in the body. It should be thrown out from the daily vocabular, and we can show you how.

The Feldenkrais Method® is efficient: it has a reputation for helping people when everyone else failed. But you don’t have to be injured or helpless to have benefit from the method. We work with musicians, dancers and athletes which just want to perform better. Feldenkrais method is efficient because it uses the principles from physics, physiology, learning theory, psychology and brain science.

The Feldenkrais Method® is safe: movements are done slowly with lot of rests and you’re encouraged to avoid mechanical, unaware repetitions which are often cause of injuries, discomfort and pain. The basic skill of the method is learning to keep the movement in range of safety and ease, limits where curiosity and learning process can be activated.

The Feldenkrais Method® is evident: everyone learns in his own time but you can notice and appreciate changes already after your first group or individual lesson.

The Feldenkrais Method® is flexible: There are hundreds of lessons and strategies and everyone of them can be adapted to fit for every individual’s requests and abilities.

The Feldenkrais Method® is interesting: People often complain about boring excercises. It uses the fact that the nervous system is attracted by new sensations. Dr. Moshe Feldenkrais created Awareness through movement® (ATM) and Functional integration® (FI) by using non habitual movement patterns made from different variations to regain function and vitality.

Through the ATM and FI lessons you become aware of your tendency of making inefficient movements that are responsible for many types of pain that we usually feel: back pain, neck pain, knees pain, joints pain are all expressions of a not efficient use of our body. In order to stop this important signal that something in our body doesn’t work very well we have to learn new patterns, new alternative movements that will help, at the beginning, to have a better understanding of the inefficient use our body and then to introduce new efficient, effective and functional ways to move. This will be the beginning of the healing process that will bring us to a total recovery or an evident reduction (at the beginning) from pain.